Skip to content
Home » Ce04, the BMW spaceship to take a leap into the future of the electric

Ce04, the BMW spaceship to take a leap into the future of the electric

Enthusiasm or disgust. The middle ground is difficult with Bmw CE 04lo electric scooter of the House of Monaco, on the market for a few months. There line is futuristic, with square lines and marked by the essential. Maxi scooter power (42 cv in the tested version, but there is one that is weakened by 31), she shoots away at the traffic lights like a sports car. Miracles of the electric, which makes all the torque available as soon as you turn the throttle, sorry, of the accelerator. As I said, the looks and expressions of those who see it pass are of two types: admiration and amazement, almost envy for an object that seems designed by an alien and lent to us humans; contempt and disgust, on the part of those who do not digest those clean cuts and that hiss instead of the sound fired from the mufflers. Certainly, the Bmw CE 04 impresses. And this is already an excellent result.

How it is made
The visual impact of the front shield immediately projects into the world of Grendizer, with the “V” -shaped optical group on the part closest to the fender and a fake fairing (it almost looks like a number plate) to connect the upper part with the handlebar. On the sides of the shield there are two very large air intakes, which underline the “spatial” vocation of the design. The 10.2 inch display it is the same as the R 1250 RT, queen of the Granturismo, which allows you to connect your mobile phone via bluetooth to also view the maps of the BMW navigator. The push-button panels for the controls and the navigation wheel in the menus are the same as for the entire BMW range, with a pleasant surprise: to facilitate maneuvers, reverse gear has been engaged. A nice help, given the 265 kilos of the Ce04. Just press the button and turn the throttle grip to move backwards effortlessly.

Between futuristic-aggressive line and spaceship instrumentation, there is the temptation to feel like Daisuke by Grendizer, but on the CE 04 there are no rotating discs or space halberds, only small drawers to open to discover the secrets of this scooter. One is on the left, large enough to accommodate booklet and mobile phone, complete with the possibility of recharging via Usb-c socket. On the right there is the opening for charging, also possible through a domestic socket using the supplied cable. Between the two drawers there are another USB socket and one for the cigarette lighter. The central tunnel is raised, to house the batteries. But the step is flat enough to accommodate a gym sack or grocery bag that’s not too wide. Another loading possibility is offered by a drawer that opens on the right of the central tunnel and can also accommodate a jet helmet or a full face helmet that is not too bulky. The line of the scooter is very elongated, the two-level saddle stops cantilevered on the rear wheel, which remains uncovered for three quarters. And it is precisely the elongated line that makes the eyes widen, for better or for worse. It is its characteristic, what distinguishes CE 04 from any other two-wheeled vehicle on the market.

How are you
Premise: the writer is fond of endothermic engines, sound, sensations related to that world. Even if the curiosity for the electric, for the technology and the news is always great. That said, the CE 04 blew me away. Like all electric vehicles, it immediately discharges the power to the ground and in the first few meters it looks like a missile launched into hyperspace. And this is nothing new. But on a scooter, it has a different effect. Especially because his natural habitat is the city, where in a few seconds it is possible to reach speeds prohibited by any highway code of the Universe. And as soon as you close the throttle grip, you have an engine brake that almost never forces you to operate the levers on the handlebar to engage the front and rear double discs.

Also there handling is remarkableleans well when cornering, the suspension absorbs holes, depressions and curbs of the urban jungle without problems, also thanks to the 15-inch 160/60 wheels.

And then, the sore point, as with all electric vehicles: autonomy. As with the internal combustion engine cousins, the duration of the “full” depends on how much the right pulse is triggered. But in the electric, the difference is even more marked: with the mapping in “Dynamic” (the sportiest), the available mileage indicator drops visibly. Conversely, with the “Road” mapping (normal pace) it is not a mirage to also reach i 120 kilometers declared by the house. In addition, the battery is recharged with each deceleration or braking. For this reason, the ideal terrain of the CE 04 is the city, but excellent results of autonomy can also be obtained in the ups and downs of the hill. For the same reason, the stretches of the ring road are deadly, combining high speeds with almost non-existent deceleration and braking. In addition to this, the lack of aerodynamic protection (a higher windshield available as an option) does not tempt you to make long stretches at speeds of over 100 kilometers per hour.

In normal use, the charge can last even two or three days and in one night (connected to the home network) the battery returns to one hundred percent. The limit could be that of trips for trips outside the city, where it is necessary to plan the trip and perhaps equip oneself (optional for a fee) with the charging cable to the columns, to limit unexpected events.

Another sore point is the price: 12 thousand and 500 euros for the more performing version, which can be reduced by 3 or 4 thousand euros with incentives and scrapping. At that point, the gap with a 300 or 400cc scooter is not so exaggerated, considering that maintenance is less onerous in terms of road tax and maintenance. For consumption, it depends on how much Daisuke you feel.

Conclusions
Despite being a scooter, it has respectable performance. The line is particular, but if it has caught our attention it means that it has entered our mind a little. To love it, just drive it. The readiness of the electric motor and the chassis allow you to take away even some satisfaction at traffic lights and in traffic. It remains the neo of autonomy, but in all likelihood the situation will improve in the coming months. The expense is high, of course, but the incentives help reduce the outlay. On the other hand, living projected into the future has its price. 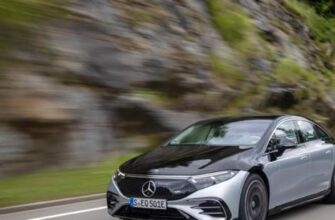 Cars News
The “progressive luxury” and sustainable, in Monte Carlo and on the French Riviera with the electric Mercedes EQS
Mercedes is blatantly transparent. Customers go to
0 48 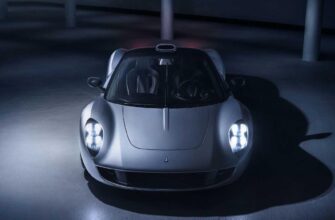 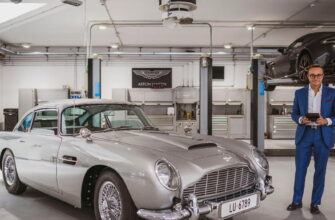 Cars News
Aston Martin DB5 Goldfinger, 007’s car becomes reality: here is the first example
Almost as famous as its owner, as beautiful as it is
0 57
You may also like

Cars: Renault and Nissan make the “service” to rebalance the alliance
After years of tension and back and forth, Renault
08 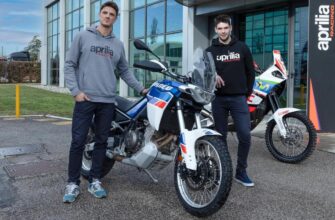 Vision 357, the concept opens the celebrations for the 75th anniversary of Porsche
The first “gift” that Porsche gives itself
07 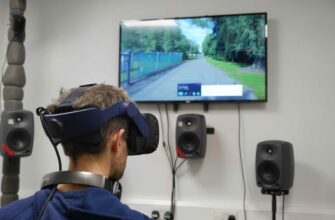 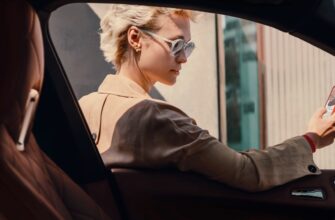